The Bima Regency in West Nusa Tenggara province is still untapped potential in term of tourism. This regency has so many beautiful spots and yet most of them haven’t been touched with any kind of development. One of the most wonderful place in Bima is probably the Sadundu Pidu Waterfall.

It’s true that the infrastructure (or lack thereof) is the main problem for tourism here. The development is still far cry from Lombok, let alone Bali. However, Sadundu Pidu Waterfall can be the pioneer to kickstart the tourism activity in this region. Here is what you need to know about the waterfall.

Administratively, the Sadundu Pidu waterfall is at Rora Village, Donggo District, Bima Regency. That’s why they also call this the Rora Waterfall. This place can be reached with an hour’s drive from Bima City and half an hour from Dompu City. The road to Rora Village is relatively good, you shouldn’t have any problem getting there. You then have to park your vehicle at the village and then walk for about 15 minutes to get to the waterfall. The trek is also quite easy.

What set Sadundu Pidu apart with other waterfalls on this island is because it has seven tiers! The water stream on a rocky hill, creating seven levels of magnificent waterfalls. That’s not all. At each fall, the water creates a small pond that is great for swimming or just soaking yourself, just like in a jacuzzi.

With a pool on each tier, getting to the top of this waterfall is an adventure on its own. Conquering them one by one strangely gives a satisfactory feeling.

Whether you call it instagramable, instagenic, or simply photogenic, Sadundu Pidu is great in front of your camera. Be you a professional photographer or just go there to feed your Instagram, this waterfall will not disappoint. You might want to bring the best drone to capture an even more mesmerizing picture from above. This waterfall is just that good in front of your camera.

Since there is no reliable public transportation to Rora, you might want to consider renting a motorcycle or a car to get there. Dompu is the closest city so you might want to start there. Bring your own floaty if you want to play to your hearts’ content. Don’t forget to free the space in your camera’s memory because you would want to take a lot of pictures here.

Sadundu Pidu is not your typical waterfall because of its multi-tiered stream. On the side of the lowest pond, there are some cliffs that you can use to jump into the pool. This place is simply too inviting. 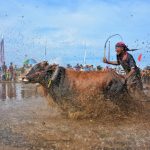 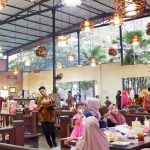