Indonesia is the place for adventurous soul traveler, not only its natural tourism but also the rich cultures you should experience. Exotic villages in Indonesia are the place where you can find the most perfect combination of culture, nature, and art. Don’t be surprised that you will immerse in the great ambiance in these 5 exotic villages you should visit at least once in a lifetime.

Madobak is a cultural village located in Mentawai Archipelago, South Siberut, West Sumatera. You will witness the splendid area along with its charming nature and the people who carry out Mentawai’s indigenous traditions. They perform several traditional ceremonies to celebrate a wedding, new house, cast out evil spirits, and many more.

Not only its rich cultures, but Madobak also has a wonderful nature. The most popular one is Kulu Kubuk Waterfall, approximately 3 kilometers from the people’s residents.

Baduy is the term for the tribe to live in West Java, around Kendeng Mountains, Kanekes Village, Leuwidamar, Lebak, Banten. Coming here, you will see traditional houses called rumah panggung. Supposedly those houses face the south area, as it is part of their belief. Baduy people wearing white clothes and headbands in their everyday life.

Wae Rebo is one of the well-known exotic villages in Indonesia, located in Manggarai, East Nusa Tenggara. This hamlet is also called a village on the clouds as it placed 1.000 meters above sea level and surrounded by hills.

Aside from nature, you will be amazed by its traditional houses. They have a conical shape and the roof made of palm leaves.

Next, Indonesia has Bawomataluo, an exotic village located on a hill in South Nisa, North Sumatera; this place is also a megalithic site. Before reaching the village, you have to go pass dozens of concrete stairs. Entering Bawomataluo and you will witness the beauty of omo hada, a traditional wooden house made built without any nails.

Another fascinating element of Bawomataluo is the hombo batu where the young man here has to jump over a 2 meters stone. That is the symbol of manhood.

Bulukumba in South Sulawesi has an exotic village named Ammatoa where the Kajang tribe lives. The people here are drawing quite much attention as they only wear black clothes, as that color means equality before God and also the symbol of strength.

The traditional house here is also a rumah panggung which face the west side. People here raising livestock like chicken, cow, and horse in their house yard.

Those are at least 5 exotic villages in Indonesia. You should visit and experience the diverse cultures of Indonesia. 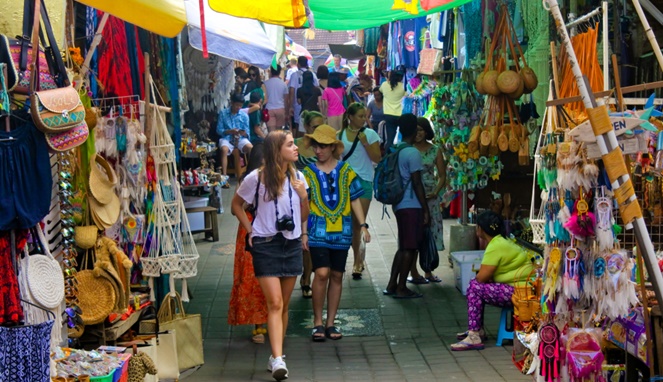