Mie Belitung, Yet another Chinese Influenced Dish in Indonesia Just as the name simply implies, Mie Belitung is a noodle dish from the island of Belitung. Even though this dish is clearly influenced by many cultures, mainly Indonesian, Dutch, and Chinese culture, we can still say that this is an authentic food of this island.

Today, Mie Belitung has become a nationally known dish. You can find many stalls selling this dish in many cities all over Indonesia. Here is what you need to know about the authentic and delicious Mie Belitung.

The first popular restaurant is Mie Atep, established by Mrs. Atep in 1973. This seemingly simple noodle dish is actually a combination of three cooking culture; Indonesian, Chinese, and Dutch. The Chinese definitely contribute the noodle, the Dutch contribute the potato, and all of the local ingredients are cooked using a technique known by local, by stir-frying them.

First of all, this dish is not as simple as it seems. There are lots of elements at play to create a perfect Mie Belitung. The best noodle is handmade, usually from a homemade industry in Belitung. Toppings of melinjo cracker, boiled potato, beansprouts, and shrimp are added on the noodle. A soup made with a secret recipe then poured on top of the dish. The end result is a dish rich with taste and texture.

Mie Belitung, especially Mie Atep is well known nationally. Celebrities and important figures in Indonesia always eat at Mie Atep whenever they visit Belitung. Even the former President Megawati Soekarnoputri enjoyed the dish here. Mrs. Atep herself said that now many people come to Belitung specifically to enjoy his creation.

Where to enjoy Mie Belitung

Fortunately, you don’t have to go all the way to Belitung to enjoy this dish. Mie Atep can be found in many cities and there are also other brands of Mie Belitung that you can try. Here are some of the best place to enjoy them in Indonesian Cities: 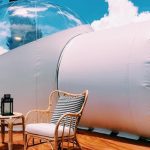 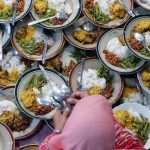