Tengkleng Solo, Delicious Dish that Will Connect You to the Past Indonesia was under the grip of colonialism for centuries. During that time, commoners had to endure a difficult time as most crops went to the colonial government and local rulers. Difficult times often make people becoming very creative. Tengkleng Solo is a result of such a situation.

Today, tengkleng is one of the common dishes that you can find in Solo and the surrounding area in Central Java. However, it also has a long history of oppression behind its delicious taste. Here is what you need to know about tengkleng Solo.

During the colonial era, people struggle to just eat properly because the power that was sucked all the best crop from the farmers. Meat becomes a very valuable item, only the local aristocracy and the Dutch get to eat them. Commoners had to be creative if they want to taste any meat. They then make some sort of light gulai made from the bones and offal of the lamb. It’s basically a leftover gulai because there barely any meat left.

The rich people obviously quite content eating the delicious dish and wouldn’t care about the rest. Tengkleng is made from such ingredient. Feet bones, heart, liver, the actual ribs without the meat, and other unwanted part are cooked into light gulai. For those who don’t know, gulai is a thick curry. However, in tengkleng, it is rather light, presumably because the commoner at that time also found a hard time to acquire the seasonings to make a proper gulai.

The recipe to make tengkleng has been the same since it first made in the 19th century. The bones and meat are cooked in a soup made of a ground mixture of garlic, shallot, black pepper, turmeric, ginger, bay leaves, pepper, tamarind, and coconut milk. It is usually slow cooked for hours so that the flavor can get into whatever meat there. Most of the time, it’s just like a lamb broth.

Where to Enjoy Tengkleng Solo

You can find lots of tengkleng restaurants and warungs in Solo, most of them are affordable. Here are some legendary places to enjoy the dish:

It is interesting to note that a dish can speak so many about the past. Tengkleng is definitely one delicious food that comes from the darker point of time in history. 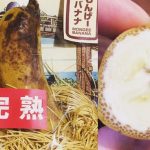