Despite being a young city, Palangkaraya is already rich in history and culture. The city was built in the dense forest of Central Kalimantan in 1957. President Soekarno planned to make this city as the capital of Indonesia. You can also see some remnants of the history at Rumah Tjilik Riwut Gallery & Resto

This is a unique place that combines a lot of interesting things. It all centered on the figure of a man named Tjilik Riwut. Here is all you need to know about Rumah Tjilik Riwut Gallery & Resto

This place has a bit of everything about the man himself. It is a museum to commemorate the life of Tjilik Riwut, you can still see some of his belongings. It is also a cultural center since you can see a lot of cultural items from the Dayak tribe here. It is also a café where you can enjoy nice drinks with friends, there is also live music too. Lastly, this house serves as a restaurant too.

Officially, Rumah Tjilik Riwut Gallery & Resto is located at Jl. Jend. Sudirman No.1, Palangka, Jekan Raya, Palangkaraya, Central Kalimantan. Additionally, it is really close to the city center, only a couple hundred meters away from Bundaran Besar Palangkaraya. Its prime location indeed makes this restaurant a great place to eat, hang out, or learn a bit about history.

Central Kalimantan is a unique province, rich with lush green forest. This province also has a quite unique selection of unusual dishes. If you also want to learn about the culture, history, and culinary delights of Central Kalimantan, you can come to Rumah Tjilik Riwut Gallery & Resto. 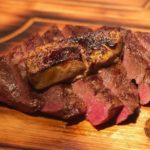