Jakarta, a Megapolitan with Rich Heritage Jakarta, formerly also known as Jayakarta and Sunda Kelapa, has been an important city in Asia for centuries. It was the center of trading activities, especially precious spices in 16th century. Nowadays, this huge megapolitan is the center of economy, culture, and politic in Indonesia. With its 10 million residents, Jakarta is the actual melting pot of Indonesia. You can find people of all sorts (ethnicity, religion, race, etc.) there.

With its long history, it’s understandable that this city has remarkable historical heritage. You can find many old cities, museums, and historical buildings here. Being a modern megapolitan, this Special Capital Region of Jakarta is also a haven for shoppers.

You can find almost all things here, from cheap electronic devices to high end haute couture. Whatever you come for, this mammoth of a city has it. However, here are some places you might want to visit in this capital city of Indonesia.

Living the Life at Central Jakarta

Jakarta Pusat (Central Jakarta) is where many important buildings and iconic landmarks of the city are located. Monumen Nasional, Merdeka Palace, Monumen Selamat Datang, Istiqlal Mosque, The Jakarta Cathedral, and many more.

Central Jakarta is the place where you can enjoy an ultra-luxurious life. Most prestigious malls, upscale hotels, and most luxurious night life places are abundant here. This is the heart of the city never sleeps and you can find enjoy its excitement 24/7.

Batavia was an important city for VOC and Dutch colonial government. They built the city near the port in North Batavia. The city was so beautiful and important it was dubbed as ‘The Jewel of Asia’ or ‘The Queen of the East’.

Today, the beautiful Old Batavia City still stands strong on the northern part of Jakarta, namely Kota Tua. Many old building with 16th century European architecture are still intact within the enclave. Kota Tua is a popular destination in Jakarta, especially during weekends.

On the north part of the province, there are an archipelago consists of 110 small tropical islands. Only 10 percent of this archipelago are inhabited. Some islands are prohibited, a designated sanctuary, or privately owned. Most popular destinations for tourists are Pulau Bidadari, Onrust, Perak, Putri, Ayer, Pramuka, or Pelangi.

Most islands are reachable by speed boats from Marina Ancol. One way ticket prices from Ancol to the islands range from IDR110,000 to IDR220,000. Note that you still have to pay entrance fee to each island and more if you want to enjoy the facilities.

Being huge city, Jakarta also attracts many world class artists and entertainers. Concerts and live shows are abundant, from local artists to world famous ones. In 2018 alone, this city hosts concerts of Celine Dion, Katy Perry, The Chainsmokers, Guns ‘n Roses, Paramore and many more. There also several huge festivals such as We the Fest, Java Jazz Festival, Hammersonic Festival, and Djakarta Warehouse Project.

How to Get There and What to do in Jakarta

Jakarta is probably the most accessible city in Indonesia. Soekarno-Hatta International Airport is connected with flights from virtually anywhere in the world. it is also very well connected with roads and railways with major cities in Java. Its seaport; Tanjung Priuk is the busiest port in Indonesia.

Jakarta is a very large city and the best way to explore it is by renting a car, using taxi (online or conventional), or taking a package tour. Be aware that Jakarta is notorious for its traffic jams. 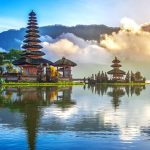 Bali, the Paradise of the Earth
Artikel Selanjutnya 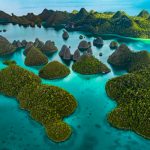