Central Kalimantan is intensifying its effort to boost tourism activity. This large province has a lot to offer in term of tourism, not only from its natural beauties but also from its culture. Dominated by Dayak Tribe culture, this province is now preparing to hold Festival Budaya Isen Mulang (Isen Mulang Cultural Festival) 2019.

This year marks the 26th iteration of the festival, held annually in some cities in Central Kalimantan. The host for this year’s festival is Palangka Raya, the capital of the province. Here is what you will find in the Isen Mulang 2019.

Festival Budaya Isen Mulang will be held in Palangkaraya, the capital city of Central Kalimantan. Officially, this festival is organized by the Office of Culture and Tourism, though it will definitely involve a lot of people. The festival will start on May 18th and will be closed on May 24th. This week-long festival will make Palangka Raya alive with many celebrations.

The main idea behind the festival is to preserve and promote Dayak culture in Central Kalimantan. However, the other target is to promote tourism in this vast province. In this festival, you can learn about the best tourist attractions in Central Kalimantan. You can see that there are lots of places, national parks, and Orangutan Conservation Camps you can visit in this province.

Festival Budaya Isen Mulang is also a haven for culinary enthusiasts. Here, you can enjoy many traditional dishes from Central Kalimantan. You can have it in its authentic taste, made with traditional ingredients and techniques.

One of the most sought after dish is the Juhu Umbut Sawit. This dish is made from the soft, central part of a coconut tree or baby rattan. This dish is traditionally only served during traditional ceremonies like a wedding.

There are many cultural activities you can see during this festival. Kahayan Boat Festival is a huge boating festival that includes boat race, boat beauty contests, and boat culinary festival. You can also enjoy many traditional songs and dances.

The pinnacle of the festival is definitely a huge carnival. This is mainly a Dayak carnival, you can expect people wearing traditional dresses and perform traditional dances on the streets of Palangka Raya.

To summarize, Festival Budaya Isen Mulang is a great way to preserve local culture in Central Kalimantan, while also promoting its huge tourism potential. This is an excellent chance for you to learn and enjoy Central Kalimantan in one go. 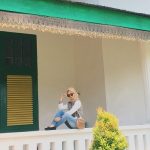