From Dead Cave to Rock Wall, Here Are the Most Unique Beaches in Malang In term of tourism, Malang is rarely associated with beautiful beaches. Malang and its general area are more popular for the many man-made parks and recreations in Batu City. You can find three Jawa Timur Parks, Museum Angkut, Predator Park, and many more in the cool city of Batu.

And yet, on the southern shore of Malang Regency, you can find many beautiful beaches that face the great Indian Ocean. The development of the Southern Ring Road opens the path for travelers to visit the beaches that previously are inaccessible. Here are some of the best beaches in Malang.

This is a rather legendary beach that becomes the gate to the exotic Sempu Island. Currently, the island is closed for tourists but it was a very popular destination, especially for those who want to camp on a small uninhabited island with an amazing lagoon. Sendang Biru is also a crowded fishermen’s beach.

Located on the western part of southern Malang, Ngliyep is known for its long white sand stretches and the limestone cliffs. This beach is largely untouched by development even though the access is quite easy, even with a car.

When you visit this beach, you’d be reminded of Bali. There is a small island just by the beach, connected by a bridge to the mainland. Ismoyo, the name of said island, is home to an old Hindu temple; Pura Luhur Amertha Jati.

The beach is very unique since it is flanked by two small hills. Batu Bengkung can be loosely translated into a curving rock, describing a unique phenomenon where the beach is ‘protected’ by a massive fence. The wall protects the beach against the waves. Batu Bengkung also has a magnificent sunset view.

Originally named Rowo Indah, this beach’s name was changed into Goa Cina (China Cave) after locals found a dead person and Chinese scribbling in the cave by the beach. This beach consists of two half crescent white sand stretches, creating an arrow-like shape.

Literally means three colors, Tiga Warna is a well-protected beach. The management limit the number of visitors that can enjoy this beach each day, meaning you have to make a reservation during high season. Apart from the wonderful gradation of blue to pink on this beach, you can also find vast mangrove conservation nearby.

Southern Malang is blessed with many beautiful beaches, some are located next to each other, making it a great destination for beach exploration. Each beach somewhat has a ‘quirk’ that makes it unique. 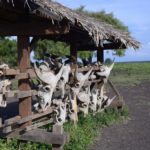 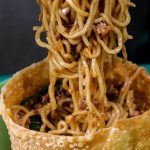