5 of the Best Waterfalls in Jogja As one of the most visited areas in Indonesia, Jogjakarta keeps developing its tourism sector, maximizing every possible aspect to attract more tourists. Most people come to Jogja for its cultural and historical tourism. However, Jogja is also rich in natural wonders, including lovely waterfalls.

The southern Jogja is dominated by karst area while some parts of the north are fertile because of Mount Merapi volcano. Both areas produced beautiful waterfalls, even with different characteristics. Here are some of them.

This waterfall is located in a Sewu Mountain range in Sampang Village, Gunungkidul. It’s a wonderful place with the stream carved the stone into strange chambers. Within these chambers, there are refreshing pools that are quite hidden and protected. However, you need to be very careful as the undercurrent can be very strong. If you are not a good swimmer, it’s better to play on the shallow part of the pond.

Kedung Kandang is a multi-tiered waterfall that is only available during the rainy season (monsoon). There is simply not enough water to flow in this place during the dry season. When you can see this waterfall in its grandest nature, you will be amazed by how many tiers it creates. The surrounding panorama is no less wonderful with green fields at the slopes of some hills in Nglanggeran, Gunungkidul.

This is an interesting destination as there are three streams drop in the same place. Three streams from Kedung Poh, Ngumbul, and Ngandong are forming three separate drops within a few meters from each other. Locals believe this is the site where kethuk, mythical gamelan that sometimes is still heard. There is a pond that is safe for children. This waterfall is located at Bleberan Village, Gunungkidul.

Located at the bottom of a valley you will have to trek through a forested trail and small streams to reach Pulosari Waterfall. This concealed waterfall is located at Sendangsari Village, Bantul, and it does look like a water curtain on a cliff. The green vegetation surrounding this waterfall makes it even more special. There is shallow pond under the waterfall, ideal for a refreshing rest.

In a glance, Gedad Waterfall looks like a hot spring with the water cascading down on dome-shaped rocks. However, this is just a normal waterfall with somewhat artistic form. The resulting pond under the waterfall is a lovely place to swim, and it is safe for children too. The access to this waterfall is still somewhat limited, but you can reach them via Banyuoco Village, Gunungkidul.

There are many beautiful waterfalls in Jogja, some of them are somewhat hidden and still flow under the tourism radar. Swimming on a pond under the waterfall can be a really great relieve after exploring some arid landscape, especially in southern Jogja. 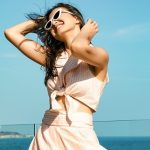 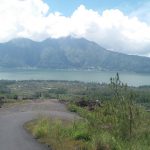